A PLACE FOR THE PLACE-LESS: Mission team partners to serve refugee children in Lebanon

When Sarah Manchee, a high school student, and her dad, Mike Manchee, began feeling called to be a part of an upcoming international mission trip, they weren’t sure exactly what to expect. When they began hearing more about the mission trip to Lebanon, it felt like a perfect fit.

“Lebanon was my first mission trip out of the United States,” Sarah recalled. “So I went into the trip expecting things to be very different from how they are in Texas. What I wasn’t expecting was just how different it was going to be.”

From the moment Sarah, Mike, and the team of 11 from First Baptist arrived in Beirut, Lebanon, a meaningful connection was made. So much was familiar, but plenty was a surprise.

Lebanon is a beautiful country with a rich and complicated history, nestled between the eastern shore of the Mediterranean and the Lebanon Mountains to the east. It is among the world’s smallest sovereign nations. 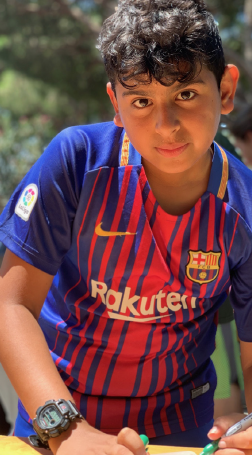 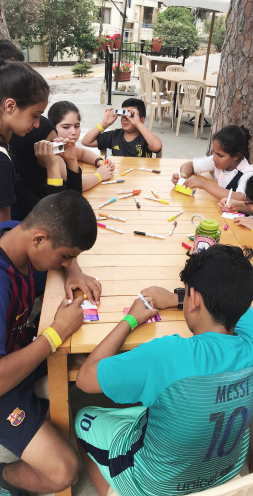 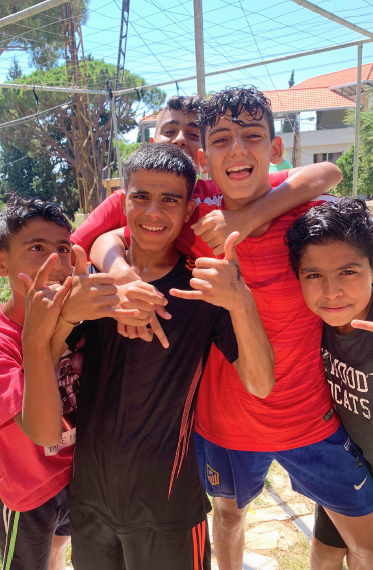 THE DISPLACED AND THE PLACE-LESS

The plight of refugees around the world is not a foreign story for Amarillo, TX. It’s certainly not a new reality for First Baptist Church, which has been committed to serving the needs of displaced people for decades. As early as the 1960s, Amarillo was a noteworthy recipient of immigration and refugee placements in Texas. Organizations like Catholic Charities and Refugee Services of Texas facilitated the settlement of Cubans, as well as the eventual arrival of refugees affected by the Vietnam War, from countries like Vietnam, Laos, and Cambodia.

Today, people groups from Southeast Asia and Central Africa represent other large, resettled groups in the city: Burmese, Bhutanese, Somalian, Burundi, Iraqi, and Congolese to name a few. No city in Texas received more refugees per capita than Amarillo, and only the state’s largest cities received more in total. For many at First Baptist, the plight of

Perhaps more than any other, the country of Lebanon knows the problem of place-less-ness and the challenges of the global refugee crisis. Today’s estimates are that well over 1.5 million Syrian refugees are in Lebanon, a country with a population of around 6 million. Amarillo may have received the highest per capita in Texas, but Lebanon has more refugees per capita than any other country in the world.

Ministries like Kids Alive Lebanon are responding to exactly that. Born to meet the needs of displaced Palestinian boys in the late 1940s, the children’s home continues to provide for the place-less. Beyond the residential program, these Christians are working through their Oasis program to provide literacy training so that students are prepared to enter school.

A refugee ceiling of 30,000 in 2019 meant the U.S. saw record lows in the history of the current refugee resettlement program. Reports show that just one Syrian refugee was placed in Texas in fiscal year 2018. This is in contrast to 455 the year before and a high of 912 in 2016.

FROM AMARILLO TO BEIRUT

For Mike Manchee, Sarah’s dad, the connection between Beirut and Amarillo, from Texas to Lebanon, became more than just a trip. A normal day of ministry for the team included songs, Bible stories, crafts, games, and other Bible school rotations. Near the end of the week, Mike was tasked with leading one particular activity station. Each student in the Lebanon camp was to receive a bracelet that had been made for them by kids at Merge, an annual camp for FBC’s 3rd-6th graders. Each bracelet was accompanied with a short, hand-written note of encouragement in a bag.

“As I was handing out the bracelets,” Mike recalled, “I pulled out one that said ‘Jesus saved us from our sins.’” The note was signed “from Timothy.” Timothy is Mike’s 9-year-old son.

“I handed the note to Amir*, who is a 14-year-old Syrian, Muslim refugee. He took it, and smiled, and started to write his note to Timothy, his new friend. After I finished, I went over to him and said, ‘Hey, I just want you to know that one’s from my son.’”

“Oh, that’s great!” Amir responded. With a huge smile on his face, Amir asked, “Can I see a picture?”

“I showed him a picture of my adopted son,” Mike shared, “and after the confusion and shock I saw on his face, I told him ‘We may not look the same. We brought him into our family, just like Jesus wants to do for all of us.’ He asked a couple questions. He was just curious about how that worked, because adoption is not a common thing where he’s from.”

Amir worked diligently to write his note and even recorded a video message for Timothy before putting on his bracelet and moving to the next station.

“I may never know if the seeds planted there will grow into something or not,” Mike said. “But God doesn’t promise us that we will see how they grow. Our job is to go plant the seeds by building relationships and sharing the gospel to the best of our ability.”

FROM A FIRM FOUNDATION

For Mike, this encounter was also a reminder of the countless ways that First Baptist had laid the foundation for his family to be a part of God’s mission.

“As I watched Sarah lead VBS music, build crafts, and have impromptu discussions about her faith… and when I remember my other daughter, Rebekah, telling stories about Acteens and GA’s and getting to serve across the street, at the Food Bank, and different places... And when I see Timothy’s note show up halfway across the world that I didn’t even know he wrote and it landed in the exact perfect set of hands… That’s what I’m thankful for.

“The people and leadership in this church have nurtured, fed, and loved my children and

many others so that they are prepared to go out into all the nations and be the gospel. I know that my children have a solid foundation, and I know that many others do because of what First Baptist has done. I am excited to see the work in Lebanon. I’m also excited about seeing the growth in our next generation of missionaries.”

“Consider serving,” Mike challenges. “Pray, and then look for the next opportunity, whether it be foreign or just across the street. Go and find a place to be the gospel.”

First Baptist Amarillo is preparing people to find those places, especially amidst the place-less.

*Names in this story have been changed.